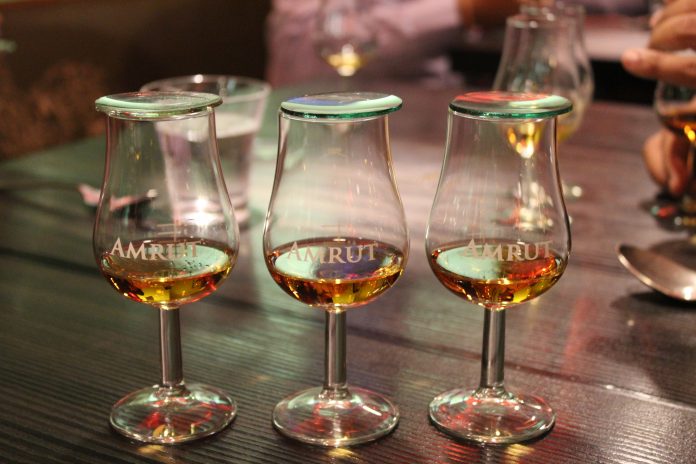 It’s a given- where there is alcohol, there is food. Most of us tend to order a lot of food when we drink- a little too naively though. For, we are not connoisseurs or sommeliers to study the intricacies that go into pairing food with alcohol. But, if we don’t consciously pair our food and beverages, we’re missing out on something. I was invited to a wine soirée not long ago where I was able to grasp the basics of wine and food pairing. 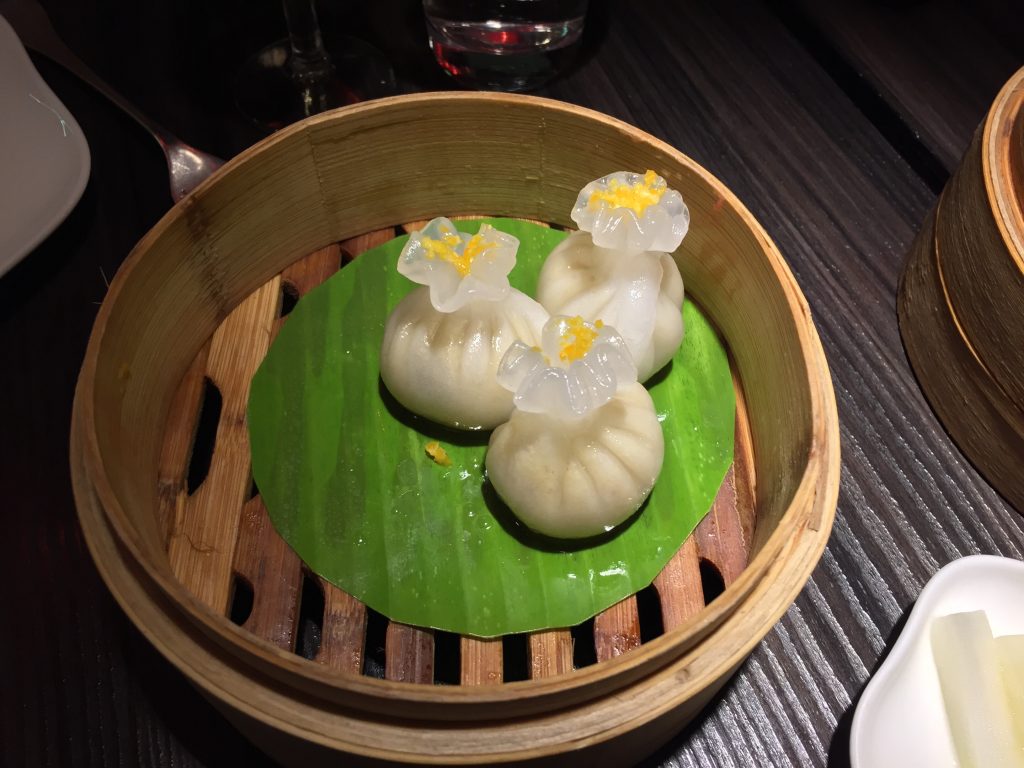 The “art” of pairing wine with food is prevalent these days. Wine has a long history of being served as an accompaniment to food. At times, consumed more often than drinking water itself but whisky? Is it possible to replace wine with whisky? I was invited to an event at Yauatcha co-hosted by Amrut distilleries. The event was about pairing one of the world’s best Single Malt Whisky- Amrut with Pan-Asian cuisine. 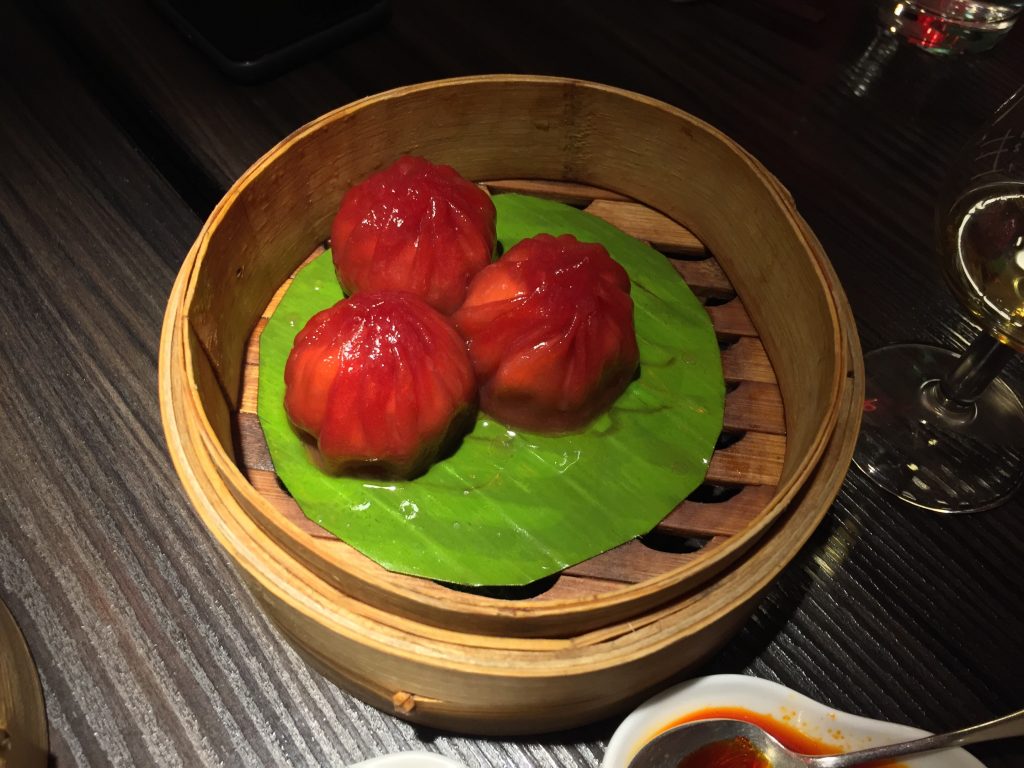 I was a bit skeptical about the thought of pairing Whisky with food- sounds a little outré. I’ve read about connoisseurs pairing Whisky with Indian and Italian food but somehow I couldn’t picture Whisky with Pan-Asian food. Even for whisky lovers there are other drinks that work better. Nikhil Varma was the “Whisky expert” and he spoke about the brand that is Amrut. He also gave us a little insight about the 28 expressions or blends of Amrut selectively available across the globe. 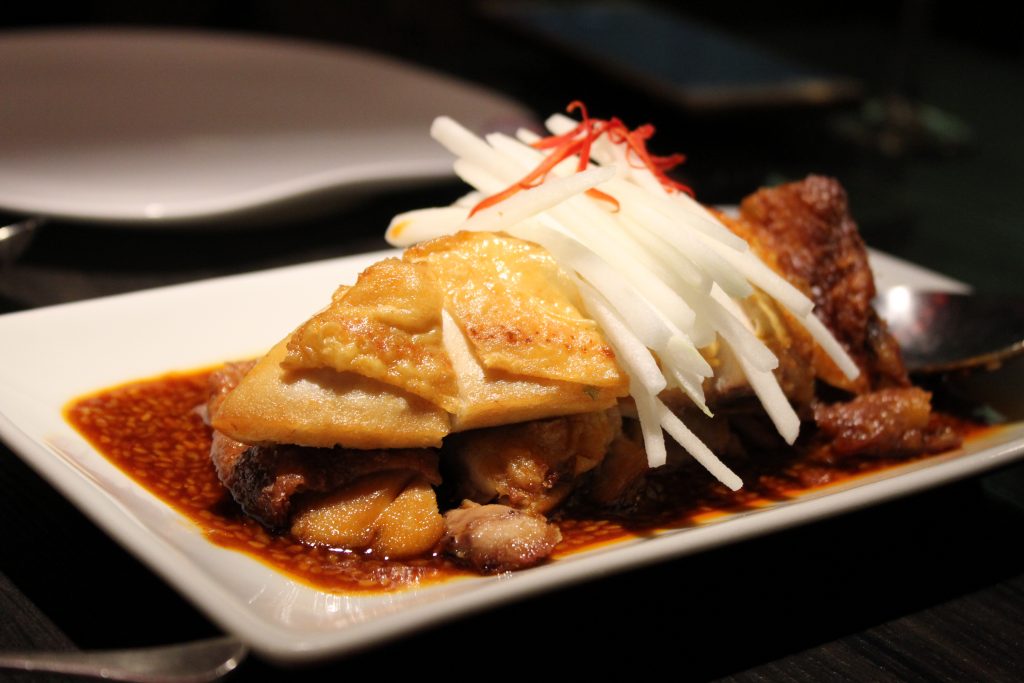 Selectively because nearly all (or most of) the blends are limited edition and is specific to a country or continent. Some of the blends are released every two or three years. The three single malts available in India- Amrut Indian Single Malt, Amrut Peated Single Malt and Amrut Fusion. All with a bottle strength of 46% abv (only) in Karnataka whereas selling in other states at 42.8% abv. 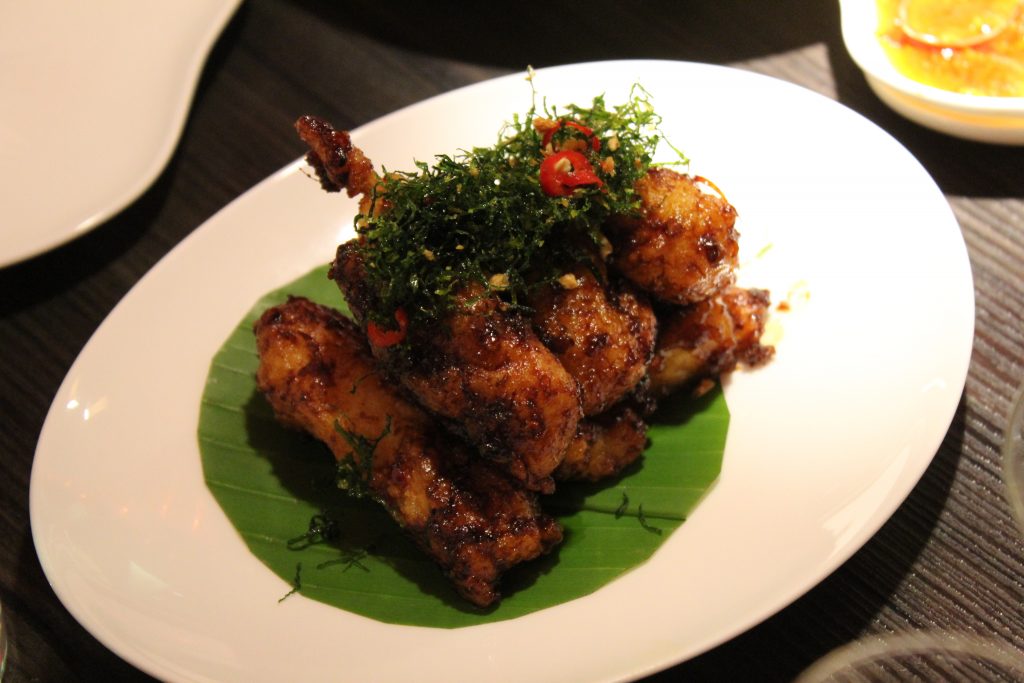 How are they poised for the future?

But with the Bengaluru-based firm planning to double distilling capacity for its signature single malts it is likely that we may have more blends available in the domestic market. The Two Indies gold rum is a blend of jaggery from their farm in Tamil Nadu and a portion of the rum is from the Caribbean Islands. 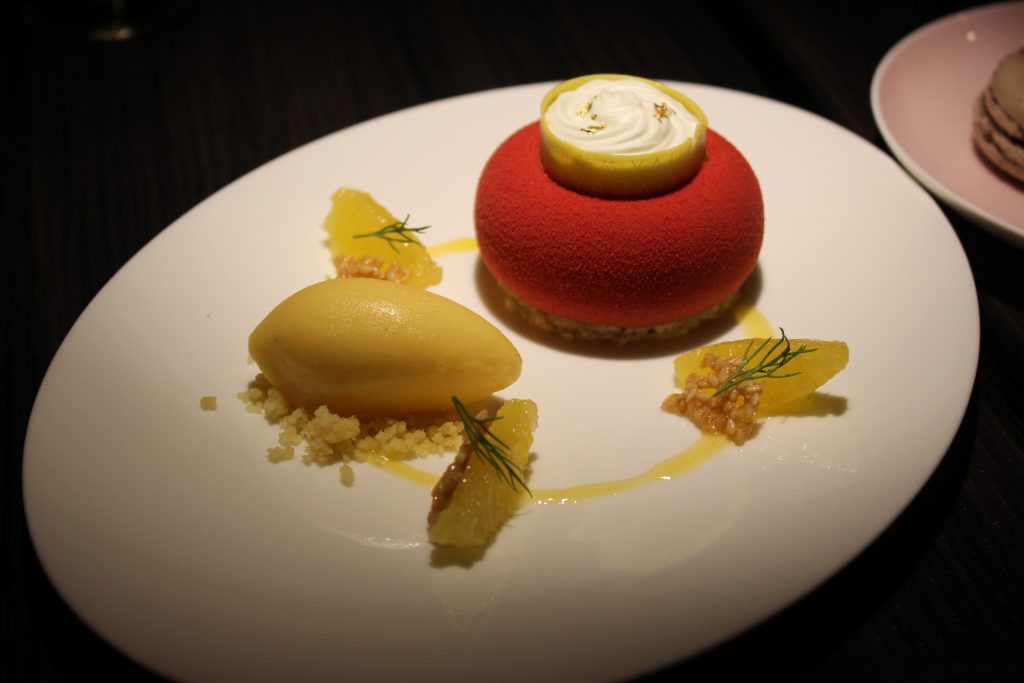 How did the #ArtOfPairing go?

The first round of pairing was done with Amrut Amalgam- which was paired with the dumplings. The Amalgam is citrusy, has a floral edge and contains minimal peat- more on the lines of sweetness- which is why it was blending in with the sauces. Dumplings by themselves have very little flavor profile unlike the Edamame which was served later. The Edamame wasn’t served as a part of the Chinese New Year menu at Yauatcha but because it was a big hit at the restaurant. Amrut Fusion is slightly more peatier and robust in terms of flavor profile and it was kind of a misfit which is why it was paired with the main course. 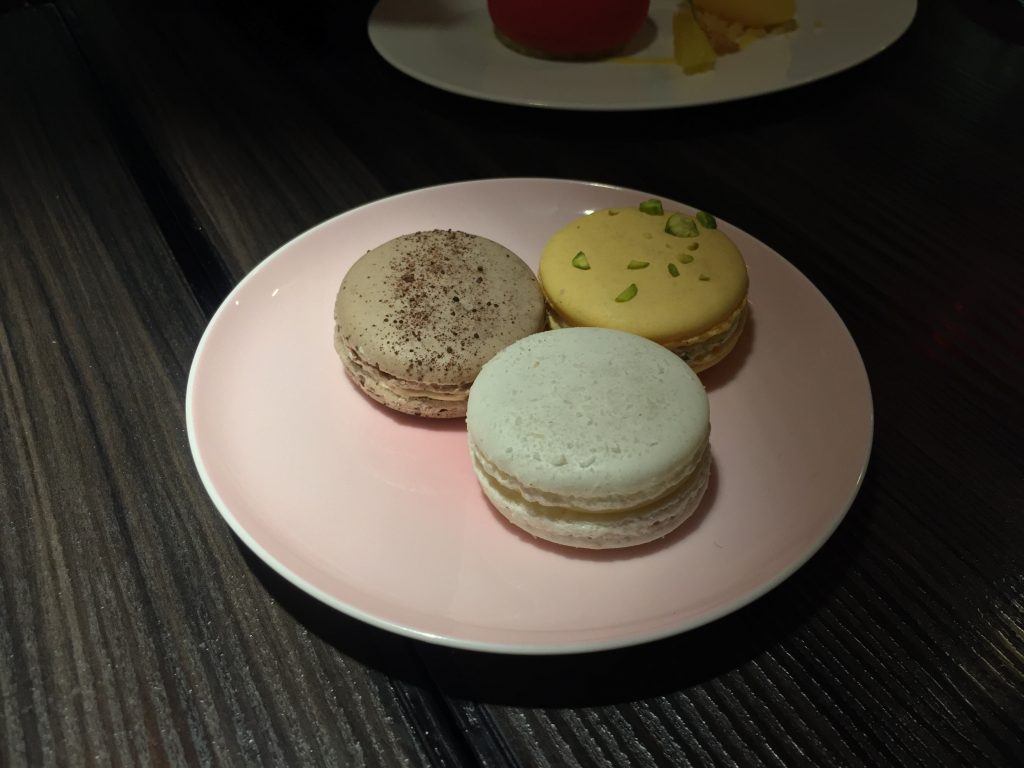 Amrut Fusion was paired with entree dishes like Shredded Pork Loin in Hoisin sauce with Mantao, Roasted chicken in Mala sauce and Crispy White Snapper in XO sauce. Lastly, Yauatcha’s award winning desserts were served with Amrut’s gold rum- Two Indies. Rum can never go wrong with dessert- need I say more? But anyways, what is my take on this experience? I realised that pairing a dish with Whisky is not necessarily a strenuous task. But then again, taste and enjoyment are subjective and what is considered a “textbook” pairing for one may not be the same for another. Although criminal to a Whisky lover, I feel a splash of water to the blends that were served to us would go a long way for someone to say “Yes, I think this sort of pairing works”! 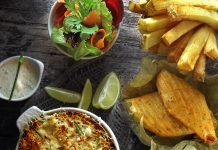 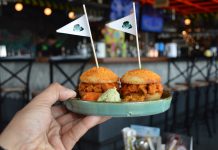 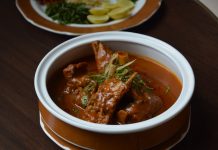